The Claribel and Etta Cone Collection

Claribel and Etta Cone were two of thirteen children of Herman and Helen Cone, mid-19th-century German-Jewish immigrants who achieved success in America in the dry goods and grocery industry and whose sons developed the Southâs textile industry. Prosperous and well educated, the sisters were raised in Baltimore, where Claribel (1864-1929) graduated first in her class from Woman's Medical College and Etta (1870-1949) managed the familyâs domestic details. In 1898, while redecorating the family's Victorian-style parlor, Etta purchased five paintings by American Impressionist Theodore Robinson. These were the first acquisition in what would become a lifetime of collecting. Etta shared her love of art with her older sister Claribel, and the two began buying artworks in earnest in the autumn of 1905 and winter of 1906. The profits from the family's textile business provided the sisters with a lifelong allowance that insured their financial independence and funded their many purchases. In Paris, the Cone sisters met Pablo Picasso and Henri Matisse and began to collect their works when modern art was still not widely known, let alone appreciated. The sistersâ adventurous spirit in collecting over the next forty years resulted in the formation of one of the most important collections of modern art in America. Eventually, the women gave about 3,000 works of art to the Baltimore Art Museum, where they may be seen today. They also donated 242 artworks to the Weatherspoon. As mentioned, the Cone family was successful in the textile business, and many of their mills were located in the South. Moses Cone, brother of Claribel and Etta, built a vacation home in North Carolina at Blowing Rock. Etta was a frequent visitor there, as were other members of the Cone family. One such member was Etta's sister-in-law, Laura Weill (Mrs. Julius) Cone. Laura Cone was a loyal alumna of UNCG. She knew that the Weatherspoon Art Gallery had been founded on campus in 1942, and knew, too, that the young organization was struggling to get established. Laura Cone asked her sister-in-law, Etta, if she would consider making a donation of art to the Weatherspoon. In her will dated May 18, 1949, Etta left to Womanâs College (as it was known then) an astonishing collection of sixty-seven Matisse prints and six Matisse bronzes as well as a large number of modern prints and drawings, including works by Pablo Picasso, Felix Vallotton, Jacques Villon, Raoul Dufy and John Graham. Due to their light sensitivity, prints from the Cone collection are exhibited at WAM on an occasional basis. 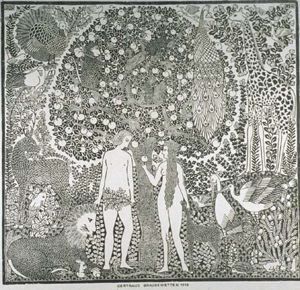 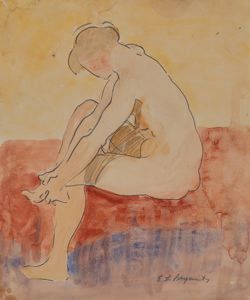 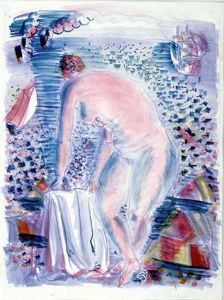 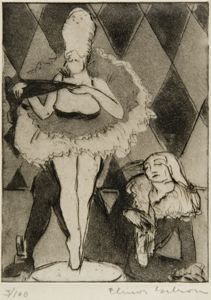 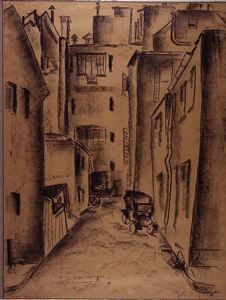 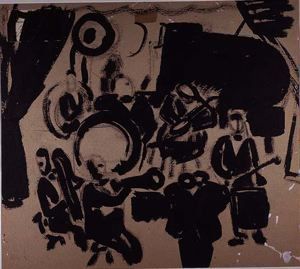 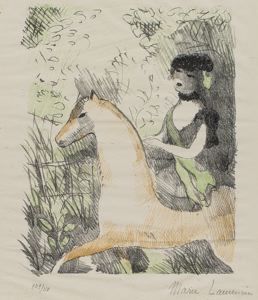 La Cavaliere (The Rider), from the suite La vie de chateau (Life in the castle) 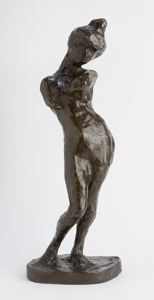 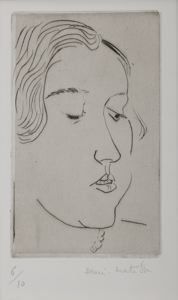 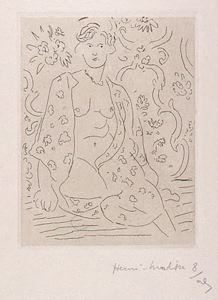 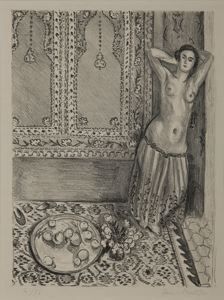 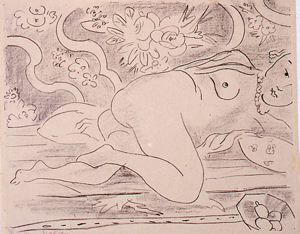