By the early 1700s, Edo (modern-day Tokyo) had grown into a bustling metropolis of more than a million inhabitants and its vibrant urban culture became the inspiration for a new form of artistic expression known as ukiyo-eâpictures of the floating world. The floating world referred to the escapist and ephemeral pleasures offered in Edo's kabuki theaters and the Yoshiwara, a licensed brothel district on the northern outskirts of the city. Celebrated actors and glamorous courtesans are the subjects of most floating world images, but as ukiyo-e artists were especially attuned to popular pastimes and pursuits, they also exploited the publicâs love of travel and its fascination with samurai history. By the early nineteenth century, landscapes and warriors had been added to the repertoire of images. Ukiyo-e artists favored the woodblock print medium because it enabled mass production, from cheaply produced black and white images to luxurious full-color designs using exotic pigments and precious minerals. Successful designs were issued in several editions to meet popular demand. These prints carried Edoâs urban culture and floating world sensibilities far beyond their origins in the entertainment districts. The Lenoir C. Wright Collection of Japanese woodblock prints at the Weatherspoon Art Museum is the only collection of its kind and depth in the state and numbers close to 400 hundred works of art. In 2002 the collection was the focus of a major traveling exhibition and catalogue by Dr. Allen Hockley of Dartmouth College. Due to their light sensitivity, prints from the Wright collection are exhibited at WAM on an occasional basis. 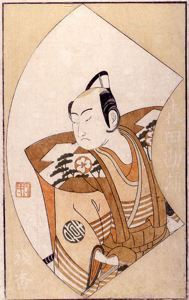 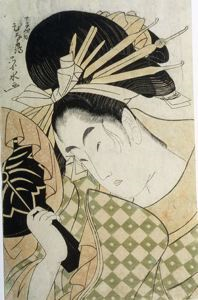 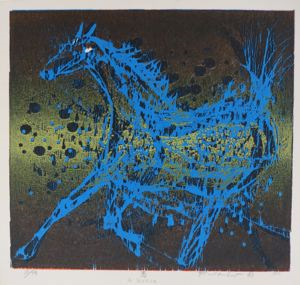 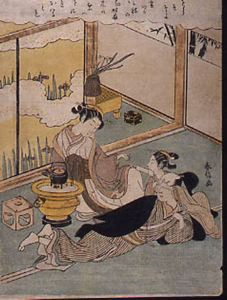 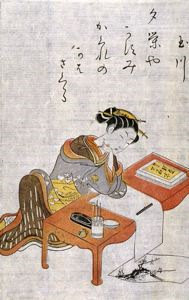 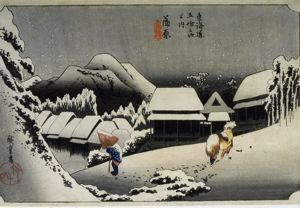 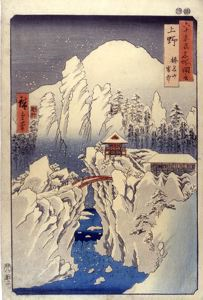 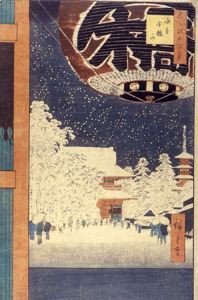 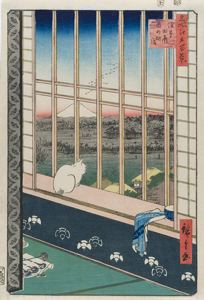 Celebration of the Festival of the Cock in the Rice Fields near Asakusa (Asakusa tambo torinomachi mode), 1857, No. 101 from the series 100 Famous Views of Edo (Meisho Edo hyakkei) 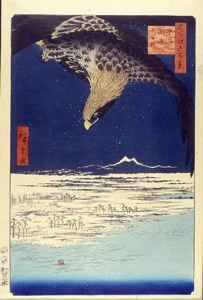 An Eagle Flying over the Hundred-Thousand Tsubo Plain at Susaki, near Fukagawa (Fukagawa susaki Jumantsubo), No. 107 from the series 100 Famous Views of Edo 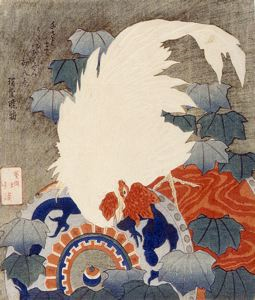 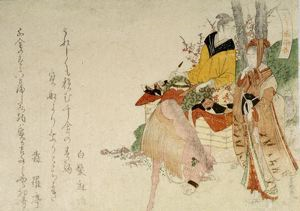